„It's totally fine, I'm not damaged — by that”
—Bri tells Barry about her Dad and Sol[src]

Brianna "Bri" Hanson (1978)[1] is a principal character on Grace and Frankie. She is the daughter of Grace and Robert Hanson, and older sister of Mallory Hanson. She is currently the CEO of Say Grace, Grace's old company.

She is a member of the Hanson Family.

Brianna is definitely Grace’s daughter. She’s mean, but witty enough for it to be entertaining to third parties. Bri is elegant and incredibly bright, but would definitely put you in the ground if she felt like it. She is well organized, so much so that she schedules a single day out of the year to visit the beach and cry to dead dog movies.

Add trivia for this character now! 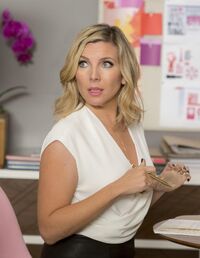 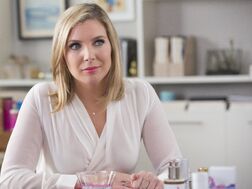 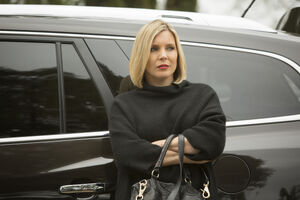 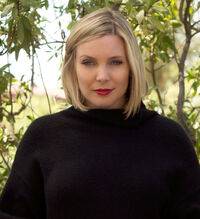 Add a photo to this gallery

Retrieved from "https://graceandfrankie.fandom.com/wiki/Brianna_Hanson?oldid=6602"
Community content is available under CC-BY-SA unless otherwise noted.