40224 Seahaven Way[1]
The Beach House is a beach house located in San Diego, it is owned by the Hanson and Bergstein Families.

Robert and Sol presented buying the property to Frankie and Grace as a great investment. In reality, Grace realises years later, it was a place for Robert and Sol to carry on their affair and be alone together.

Madison was born at the Beach House because her parents, Mallory Hanson and Mitch were spending their holiday there.

In The Burglary , the Beach House was burgled by an unknown assailant. A rock was thrown through the window and, the burglar stole the tv and two laptops, leaving both Grace and Frankie Bergstein on edge.

In The Tub , the Beach House was again burgled, this time by a con-man contractor who wanted the copper pipes.

In The Home , the Beach House was put up for sale by Grace's and Frankie's children. They later make their way back to the house to find it has been sold. 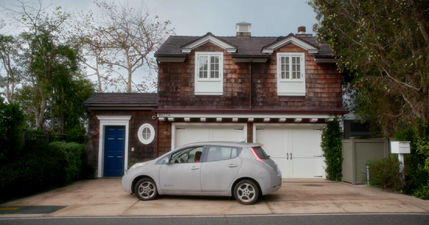 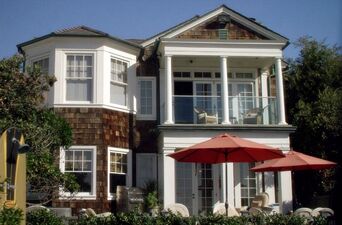